Yesterday was the third edition of RSD 2020 (the April version that got spread over three months). There will be an RSD Black Friday edition which I think is ridiculous and shows a money-grab. That doesn’t mean I won’t participate. I just think this year, dragging us through what will be four months straight is crazy. They should have reset next year. I’m not complaining about the cost or the organization, I’m just saying for 2020 they should have let the Black Friday version lie.

Anywhat! Here’s the haul, and as the last few have been, when applicable, I will include why these are special from Discogs and they’re all “new.”

Judas Priest – Sad Wings Of Destiny — Record Store Day 2020 first release, part of the October 24th drops. Limited to 2,700 copies. Comes in a gatefold jacket. 2×LP, 45 RPM, Album, Limited Edition, Reissue, Color In Color, Embossed, 180 Gram vinyl. I have this in its original form, single LP, but only in VG condition. We didn’t get this from Underdog Records, the gentleman in front of me picked up the last one. We had to go somewhere else and we felt dirty doing that.

Skid Row – Slave To The Grind — 2×LP, Limited Edition, Red. Gatefold Version, comes with Lyric Sheet. Limited to 4000 Copies Worldwide. So good to hear this album on vinyl. Sebastian Bach’s vocals were on fire then. Sonically rich and fantastic.

Mark Knopfler – Music And Songs From The Film Metroland — Compilation, Clear. Limited to 3,000 copies. I haven’t heard this yet, but I love Mark Knopfler’s soundtrack stuff. So, I can’t wait to hear it.

Warren Zevon – Warren Zevon’s Greatest Hits (According To Judd Apatow) — Limited to 4,500 copies. A portion of proceeds from this album will og to the Asbestos Disease Awareness Organization (ADAO), an independent nonprofit organization, for which Jordan Zevon has served as the National Spokesperson for 15 years.

Modern English – I Melt With You — 12″, Single, Reissue. I don’t usually do 12″ singles, but The BCPF wanted it. We didn’t get that at Underdog Records. They were sold out so we had to go somewhere else.

Beck – Uneventful Days (St. Vincent Remix) — “No Distraction (Khruangbin Remix)” is marked “A” on the label. St. Vincent not credited as the other main artist on the release. We also don’t usually do the 7″ either but, again… The BCPF wanted it.

We also got three selections that were NOT part of the RSD haul. We just decided we wanted them. They are:

INXS – Kick — Limited Edition, Reissue, Green. I had this on CD and never on vinyl. I love this album and it was so fun to listen to it on vinyl. It’s a not-quite mint green.

It was a great day and a great haul. I look at what I got through three RSD drops and if this had been all on one day, I either wouldn’t have gotten all that I did or I would have lost my arse on spending. Another reason, I think I’m a bit miffed about the Black Friday, thing. Jonathan was in good spirits yesterday, during what I know was a stressful time. He did say that for RSD Black Friday, he was going to allow people to lineup and rake through like normal. Some people have complained about the lottery format and griping about stupid stuff. I think Jonathan did the best he could as, hello!!! We are still in a fricken pandemic!!!!!! Okay, I’m done with that. Jonathan put all remaining RSD inventory on the Underdog Records website, at 1pm on the dot yesterday. I haven’t looked so I don’t know what is left but check it out. He does touchless deliveries, curbside, in-store pickups Monday-Wednesday and the store is open Thursday-Saturday. I also use Discogs to track my collection.

—
“We could live for a thousand years. But if I hurt you I’d make wine from your tears. I told you that we could fly, ’cause we all have wings but some of us don’t know why. I was standing. You were there. Two worlds collided and they could never ever tear us apart.” – “Never Tear Us Apart” (Farriss/Hutchence)

It was a chilly, wet and murky day yesterday. But, The BCPF and I had each other, good breakfast and, yes, records. Jonathan did a little bit of moving around in Underdog Records, but the records are still the same. I love records. Here’s the haul:

Underdog Records puts out freshly acquired used albums nearly every day. That’s the place I look first. I want to see what treasures Jonathan has just gotten. The BCPF looks through those, too and then goes for the $1 bins. We usually come away with good stuff. If you watch the Instagram and Facebook pages of Underdog Records, you’ll get a preview of what you’ll find in the freshly acquired used section. And, if you listen to each new episode of The Less Desirables, you can hear what that week’s (Thursday-Wednesday) TLD/UR special of the week is.

And, someone was in the store yesterday using Discogs. We had a cool discussion about it. They, like me, were checking to see if they had something already. It’s a good service.

—
“Wake up Maggie I think I got something to say to you. It’s late September and I really should be back at school. I know I keep you amused but I feel I’m being used. Oh, Maggie, I couldn’t have tried any more. You lured me away from home just to save you from being alone. You stole my heart and that’s what really hurt.” – “Maggie May” (Stewart/Quittenton)

So, yesterday was the first trip into Underdog Records of 2018. The BCPF and I got some good stuff, I believe. I filled in a couple of empty spaces on the RS list and one from the Eugeology list, too. The overall haul was short, but the depth was good! Let’s hit it…

Right after we left yesterday, Jonathan got in a used Audio-Technica ATLP120 in like-new condition with an upgraded cartridge. It has already sold but he gets stuff like this in nearly every day. Follow them on Instagram to keep track of what comes through there, as it comes through there. Great deals to be had there, in equipment and records, obviously! We also love using Discogs to keep track of what we have, info on the records, who produced what, who played on what and so on. Plus, there’s a marketplace if you’re not finding the stuff you need elsewhere. Check them out.

—
“Everybody’s at war these days. Let’s have a mini-surrender. I need some sentimental hygiene.” – “Sentimental Hygiene” (Zevon)

Our haul from Underdog Records was smaller than normal but we didn’t go through the $1 bin, so that kept us a little more honest. Here’s what we got! 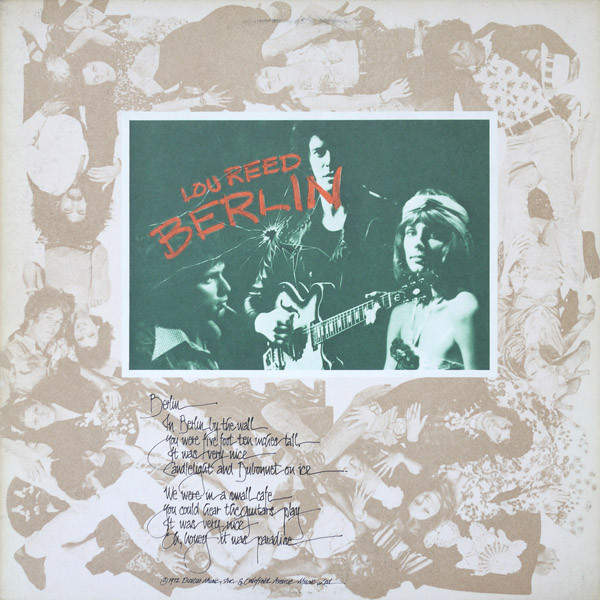 I have been looking hard for Berlin from Lou Reed since I heard it on the Rolling Stone Top 500 Albums of All Time that I did the last couple of years. I found a near mint first pressing of it and it is near perfect. I am so happy to have that one, finally. Thanks, Jonathan. Get over to Underdog to check out his vinyl awesomeness and listen to The Less Desirables for the weekly UDR/TLD special. And, as always, use Discogs for your album archiving needs (it’s free)!