We had special guests this week on The Less Desirables,which is recorded live in the Test Pattern Studio. We had Byron and Kelley Weeks of Earth’s Edge Tattoo and Piercing on to talk about their lives, their history, tattoos and piercings in general. Kelley and Byron then hung out with Caitlin and me to talk about pop culture stuffs.

Since there was no As Ardmore Turns the previous week, we hit them hard last week with a 16-minute whopper that was full of disdain for a local grocery chain and snootiness about the south in general. Oh and don’t forget the coconut creamer. 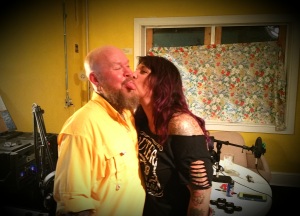 Caitlin gives her “Bowl o’Stuffs” about the Winston-Salem Jaycees and their upcoming events.

The music section is brought to you by The Garage. I give a rundown on what new tunes and albums came out last Friday. Kyle Caudle had a CD release on Saturday and we played a tune in honor of it. The song wasn’t from the new ep but I didn’t have access to that.

We then played the latest featured tune from the TLD/MM3AMMC Tap Takeover, who was the winner? Well, you just have to listen to find out!

TC of our sister podcast, Fan Interference, gives the latest in sports updates. Lots of NFL news since the season is upon us. Also, MLB and NBA stuff.

a/perture cinema presents the week in movies including what’s new to a/perture and Netflix movie streaming. I give a review of the film Sideways.

We’d like to thank our sponsors listed above as well as Finnigan’s Wake, King’s Crab Shack and Washington Perk.

You can hear the podcast on the website, iTunes, Stitcher, TuneIn and Podcast Addict. Or you can listen right here, because I’m cool like that.

So I told you yesterday about the woes of trying to learn a song, a difficult song at that, without the use of a regular rehearsal space (read: car stereo). I’m happy to report that step one: getting through the grueling rehearsal, full band, is over.  The two songs I’m doing for the Vagabond Saints Society‘s Skylarking by XTC, which I’m not giving up right now, actually were easier than I thought they would be.

That’s not to say that I think it will be a breeze this evening for the show. Au contraire, mes amis! It will be just as difficult. In fact, I feel it will be even more difficult than performing during rehearsal, but at least I’m more at home on stage than anywhere else, so that part will be fine.  I still have to remember all the lines and for one of those songs, the one with the non-stop, long-winded and other hyphenated-adjective-laden-words rant, at the end, putting those words in the right spot will be the trick.  I’m not at all concerned with the other song, that one is fairly straight forward and I think it will go marvelously. And I think I’ve mentioned VSS before.  Here is me doing Joe Cocker’s “With a Little Help from My Friends” during the Woodstock Summer show a few years back.

So, the question to you, Dear Reader, is what are you doing tonight?  Fancy a bit of XTC nuttiness with a side of locally grown talent driving the mix?  Did I mention the guest singers list?  Note that this is subject to change at any moment but what I know as of now, the list is as follows: Adam Bennett, Mike Chamis, Ken Mohan, Patrick Ferguson, Richard Boyd, Clay Howard, Susan Snow, Tony & Amanda Dagnall, Lauren Myers, Doug Davis (yes THAT Doug Davis), Drew Hoffman, Michael Slawter, Lee Terry, Johnny McLemore, Brian McCuiston, Snüzz, Chris Stamey of The dBs and Mitch Easter. Chris Stamey and Mitch Easter are all big names around here. Worldwide names, if you will. There’s also, a young girl named Jessie Simpson, violinist/fiddle player and part of The Dan River Girls will sing the opening of “Dear God.”  I heard her in practice yesterday and she’s fantastic. I met her last season of SSO4 as the Dan River Girls played the festival.  So, I’ll ask again, what are you doing tonight?  This should tickle any fan of XTC’s fancy and I guarantee the show will blow you away, especially if you’ve never seen a VSS show.  It is certainly something to behold.  Come on out, imbibe, mingle, hear a kick-butt performance and have fun! Make plans, now!!  It starts around 9pm at The Less Desirables Official Music Sponsor, The Garage in Winston-Salem’s Arts District.

Until tomorrow (when I’ll be hoarse), same blog channel…
Scorp out!

The Less Desirables wouldn’t be where they are without three components: the hosts, the listeners and our sponsors.  Without our sponsors we’d not be able to operate, have “research materials,” get the word out quite as easily.  I figured it was good practice to give them some love, as well.  We love them 🙂

Our first sponsor – Our Official Beer Sponsor – is City Beverage, located at 915 Burke Street in Winston-Salem.  Spenser and his crew always make sure we have the finest (and admittedly, sometimes not the finest) brews.  City Bev, as we call it, has been around since 1946 and offers one of the largest selections of beer in the area.  Follow them on Twitter, too: @citybeverageco

Our Official Movie Sponsor is a/perture Cinema, located at 311 W. 4th Street, W-S.  Owner and curator, Lawren Desai, is always on top of new movie happenings including attending festivals, having some of the best art house type films along with mainstream releases.  They also show “classic” or 80s or kid/family friendly films.  They’re available for rent, as well.  On Twitter: @aperturecinema

Our Official Seafood Sponsor is King’s Crab Shack & Oyster Bar.  You can have a The Less Desirables Oyster Shot at 239 W. 4th Street, W-S. The TLD Oyster Shot is (your choice) vodka or tequilla with bloody mary mix, Old Bay, horseradish, hot sauce, pepper and, of course, a raw oyster.  In addition, you can have a Dreamy Steamy Bucket, with crab legs, oysters, scallops, shrimp, mussels, clams and you never know what else. If it’s seafood, it could be in there.  Tuesdays are Taco Tuesdays and they have salads, burgers and soups.  Yes, you can get pecks of oysters.  Check them out! Twitter: @KingsCrabShack

Our Official Emerald Isle is Finnigan’s Wake Irish Pub & Kitchen.  They’re at 620 N. Trade St., W-S. THIRTY-NINE BEER TAPS!!! What can be more wonderful than that!?  Well, add a root beer on tap (from Abita) and you have awesomeness on tap! The greatest Irish pub fare the area knows including shepherd’s pie, fish & chips, Guinness stew, sandwiches, appetizers, etc.  They have pub trivia on Tuesdays starting at 8:20p.  This is where Brian and I first met, where we solidified plans to start The Less Desirables, and where most of our Meetings of the Minds have happened.  So, Finnigan’s has been very special to us. Twitter: @FinnigansWake

The Garage of Winston-Salem

Our Official Music Sponsor is The Garage of Winston-Salem, located at 110 W. 7th St.  The Garage has been around since 2000 and are the champions of local music. What we call “Under the Big Ass Fan,” The Garage has one of the greatest sound systems around and one of the best sound engineers, Brian Doub. Tucker Tharpe and Brian Cole have taken the place over and its success is continuously growing.  Want to see that hot, up-and-coming regional band you’ve heard so much about?  THIS is where you’ll see it.  Want good beer, wine and liquor selections whilst listening to said bands? Again, THIS is the place!  We try, as is possible, to play songs on TLD from artists that will be appearing at The Garage the following weekend; kind of like a preview.  Go see bands at The Garage! Twitter: @thegaragews 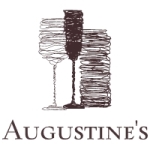 Our Official Global Cuisine is Augustine’s Bistro at 401 W. 4th Street, W-S. Classic French cuisine mixed with small plates and some tapas, Augustine’s is a true departure from the “usual” food selections downtown.  Another plus for them is a mixologist.  Not a bartender, but a mixologist.  His name is Chris McDonough and he’s awesome!  He’ll not only make you a drink, he’ll tell you a story about it or give you some drink science behind it.  While you’re there, tell him you want a The Less Desirables Old Fashioned.  That’s made with Larceny bourbon, which is some smooth stuff! Just give it a try and TRUST ME!! Twitter: @augustines401

We hope that you enjoy our sponsors as much as you do. We encourage you to visit them and do it often.  They put support behind us, and we ask that you put yours behind them.  Enjoy!

—
“Milk is for babies. When you grow up you have to drink beer.” -Arnold Schwarzenegger