As has been the case for the last month, we haven’t really gotten anything new because Underdog Records is affected just like everything else in the world right now. So, in the spirit of “normalcy,” or the “Now Normal” that I call it, I used my listening time during the week hitting Discogs’ awesome shuffle feature and picked albums that I have and streamed them. I pay for Napster (the same that used to be arsehats and cheat artists out of their money, but they’re legit – they used to be Rhapsody) and the artists get paid for my listens, so yay for that. So, here’s what I listened to this week under headphones (not counting what I listened to for Beeswax Vinyl & More):

That’s a pretty good “listens” list, I think. Then yesterday, The BCPF and I got to listen to some records. We did our usual alternating turns and it was all “random grab” via Discogs shuffle. Here’s that list (in no particular order):

That’s my listening for the week. I really cannot wait until Underdog Records opens back up. This is really hard. It’s like having to ween off candy. Jonathan is my “candy man” and the records my candy. Well, you can still purchase things from him. Just go to their Instagram and Facebook pages and see what he’s putting out for sale. He’ll deliver to you, either personally or ship them to you. You can shop via the Underdog Records website, as well. You can also purchase one of the new Underdog Records t-shirts and proceeds go to Underdog Records to help them stay afloat. See how here.

You see the marvel of Discogs already in this post.

—
“You are here and warm but I could look away and you’d be gone. ‘Cause we live in a time when meaning falls in splinters from our lives. And that’s why I’ve traveled far, ’cause I come so together where you are.” – “Sentimental Lady” (Welch)

Last night there was a shindig at Finnigans for the anniversary of The Less Desirables. However, that’s a post for tomorrow. Yesterday, before the “gala,” we did our usual “Saturday Thang” which included, of course, Underdog Records. It was a rainy and miserable day (much of like today’s forecast), but we got some good records. Like…

So, a decent haul. We also purchased a new album that we totally didn’t know we already had. We’ll have to turn that back in, trade it for something else. Jonathan is usually good with that. You need to follow the Underdog Records social media pages because Jonathan is always posting what’s just arrived in the store, both new and used. Sometimes that is several times a day. Usually, though, it’s maybe once a day, twice a day. Not too inundating. But, trust me, it’s worth it if you’re into vinyl (or just want to be into it).

Also, use Discogs to catalog your collection. They have a great marketplace, too. I have been really happy with my buying experiences on there.

—
“Hello, darkness, my old friend. I’ve come to talk with you again. Because a vision softly creeping left its seeds while I was sleeping, and the vision that was planted in my brain still remains, within the sound of silence.” – “The Sound of Silence” (Simon) 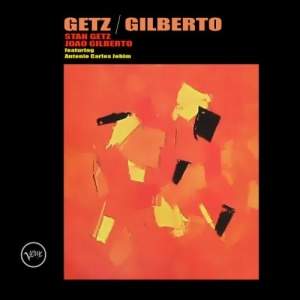 So, yesterday was the first trip into Underdog Records of 2018. The BCPF and I got some good stuff, I believe. I filled in a couple of empty spaces on the RS list and one from the Eugeology list, too. The overall haul was short, but the depth was good! Let’s hit it…

Right after we left yesterday, Jonathan got in a used Audio-Technica ATLP120 in like-new condition with an upgraded cartridge. It has already sold but he gets stuff like this in nearly every day. Follow them on Instagram to keep track of what comes through there, as it comes through there. Great deals to be had there, in equipment and records, obviously! We also love using Discogs to keep track of what we have, info on the records, who produced what, who played on what and so on. Plus, there’s a marketplace if you’re not finding the stuff you need elsewhere. Check them out.

—
“Everybody’s at war these days. Let’s have a mini-surrender. I need some sentimental hygiene.” – “Sentimental Hygiene” (Zevon)