So, the last week was a bit of a cheater week for me. Some scheduled posts (which, 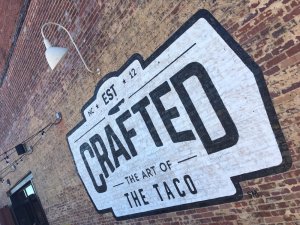 honestly a lot of them are) and many piggybacks. And, I told you that I was going to explain, if you’re at all interested. Perhaps you’re not, I don’t know. But, I’m going to lay it out and let you decide for yourself whether or not you want to read it. Here goes:

As I said earlier in the week, it’s been the same thing for the last two years. I’ve been doing it much longer but not as I was blogging each day. This time of year is when the Downtown Winston-Salem Parnership does their Excellence Awards for the year prior. I am the one that puts the video presentations together for the winners. I have to collect the list of winners from DWSP. I have to gather information such as company bios, histories and pictures of the projects, people, places from the winners. I have to get The BCPF to write the copy. I have to do the voice overs for the presentations. I have to compile the videos and sync them, albeit loosely, to the voice overs that I’ve already recorded. It’s about two weeks of work; to do it justice.

Well, I started receiving info last Wednesday. That two week window was out the, well… window. That’s the nature of the beast with this project, though. That’s no one’s fault, it’s just the way it is. So, the info started coming in and I had to get The BCPF to work on the copy. Our schedules were not cooperating and the poor thing, she had to stay up until about 2:30am last Thursday night/Friday morning working on it. She got seven of them done. Some of the winners didn’t get me stuff until Friday. With that, Jason, the president of the DWSP had to write a couple of bios and I wrote two. Yes, if you do the math, that’s 11 winners. ELEVEN! So, at about a minute average for each spot, that’s a lot of production.

It takes me about an hour for each minute of video. Placement, gathering the pics in some instances and picking the right music that fits with the slideshow. All that takes a good bit of time. More than just dragging and dropping, it’s work. I don’t like my work to look amateurish. But, I figured I’d recognize the winners, here, for those that weren’t at the awards ceremony on Wednesday morning. These are very short synopses, not even the full copy that I read for the presentations.

50 West Fourth – The old Forsyth County Courthouse was converted into luxury apartments and the renovated building is phenomenal. So many amenities and coolness while keeping this building’s history in tact.

Airtype – Bryan Ledbetter and his staff renovated a 1920s building and it is now a modern office that houses Airtype, a national design company, Camel City Goods that is all about branded WSNC merch and two modern apartments.

Crafted: The Art of the Taco – Chef Kris Fuller brings her successful GSO concepts to our great city and wows us to no end with her taco and burger creations.

Garner Foods – Garner Foods, known for their Texas Pete sauces and Green Mountain Gringo salsas and chips, moved into the Nash building on 4th Street and have done a lot of cool things inside, including a new test kitchen. That’s cool. I took the pics of that building and it was awesome.

Glass Door Salon and Spa – Erin Blakely opened this spa on Cherry Street in the Embassy Suites. She does great work with hair, nails and massage, but also a lot of stuff with charities, including purchasing Disney “Princess” dresses to visit children at Brenners Children’s Hospital.

Kimpton Cardinal/Residences at RJReynolds – The old RJ Reynolds Building was renovated and became apartments and a very nice Kimpton hotel. Don’t forget one of my favorite restaurants on the ground floor, the Katharine Brasserie & Bar.

Pride Winston-Salem – the group that advocates for equal rights for all! Resources for the LGBTQ community and anyone else that needs them. They have a huge parade downtown and a food truck rodeo with drag shows and just a bunch of fun.

Wake Forest School of Medicine – an old RJR plant that was converted and turned into a medical school that will produce a lot of new doctors and medical scientists. That transformation was amazing.

And there you have it. Congrats to all the winners. I can get back to sleeping, having weekends and living, now. But, you know what? I love my jobs.

—
“For more than 10 years, Finnigan’s Wake Irish Pub & Kitchen has brought the Emerald Isle to downtown Winston-Salem. Its opening in 2006 was a major spark that helped catapult the downtown nightlife into the vibrant atmosphere that it is today. Don’t be fooled, though, this is not just a bar and restaurant, this is an experience. Finnigan’s Wake is a popular meeting place for businesses, groups and friends having that pint after work. Finnigan’s Wake has been hosting downtown’s St. Baldrick’s Day celebration since 2007, raising close to half a million dollars for children’s cancer research. Finnigan’s Wake employees, including owner, Phillip Kirby, raise money for the charity by shaving their heads in solidarity to the children. Finnigan’s Wake is a staple downtown and has major social capital; just ask any member of its famed ’90-Day Club.'” – Copy for Finnigan’s Wake