We had a brief encounter with warmer, sunnier weather yesterday. That was nice and it made it harder for us to stay indoors and listen to records, but hey, we were listening to records and that’s one of our favorite pastimes. So, it worked out. But, we pulled a lot of stuff home yesterday from Underdog Records. Here’s the haul:

Underdog Records was rockin’ when we were there and it was getting crowded. That’s a good thing. Jonathan has just gone through a bunch of $1 albums and put them out for purchase. Listen to The Less Desirables newest episode on Wednesday night/Thursday mornings and hear what that week’s TLD/UR special is. Discogs helps me keep track of all this stuff.

—
“He bad production. He got walrus gumboot. He got Ono sideboard. He one spinal cracker. He got feet down below his knee. Hold you in his armchair you can feel his disease. Come together, right now. Over me.” – “Come Together” (Lennon/McCartney)

This past Sunday was Easter and NBC presented a live version of the Andrew Lloyd Webber/Tim Rice masterpiece, Jesus Christ Superstar. And, I must say that I thought it was brilliant. In many ways, at least to me, it was superior to other versions. Not in all but there were several ways. 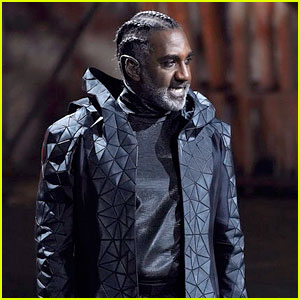 John Legend has a great voice and I think he did a fine job singing. His acting was suspect, but he’s never been known as an actor. Some questioned casting him. Not me, I think it was an admirable job. Now, it is totally my belief that this story, despite its name, isn’t about Jesus. I think it’s about Judas. In all the versions I have heard and/or seen, Judas always outdoes Jesus. But, back to Jesus, John Legend did great but he comes in third in my rating behind Ted Neeley and Ian Gillan in that order, although Ted and Ian can alternate depending on my mood.

Like I said, the true star of this show was Judas and in such, Brandon Victor Dixon played a fantastic Judas. His voice was powerful and his range wide. There was a time toward the end that he was seemingly struggling to hit some notes but he still hit them. I’ve only seen the film and heard the Original UK Recording so those folk had time between performances. This was all in one. Dixon killed. He had emotion, passion (pun!), discourse, regret and power in the part. I’m rating him tied for first with both Carl Anderson and Murray Head. Judas is my favorite character and I have really loved each performance, each for different reasons.

Another of my favorite characters in the story is Caiaphas, played by Norm Lewis in this production. I think Lewis had the best voice of the three (Victor Brox in the UK and Bob Bingham in the film). He kept the low growly parts rough and the higher baritone parts smooth. And, dang! I want those cloaks the Pharisees/Sanhedrin wore. Those looked cool as heck. Lewis’ hairstyle was soooo the part, too. He made the part cool, for sure. Again, he wins as best.

Another star of this show that didn’t get enough respect in the reviews that I read was Jin Ha who played Annas another of the Sanhedrin. His register was spot on and he really captured the spirit of the part. I think his voice is better than both Brian Keith (UK) and Kurt Yaghjian (film). He, too, looked cool in the Sanhedrin cloak.

I don’t think the performances of John Gustafson (UK) and Larry Marshall (film) were all in your face, but the portrayal of Simon Zealotes by Erik Grönwall is quite memorable. It could be the half-shaved head with the geometric tattoos or the over-the-top performance or that strong high-pitched voice. Who knows, but Grönwall knocks it out of the park. Grönwall won the 2009 Swedish Idol contest. He’s also in a hard rock band over in Sweden. Interesting dude and a great high voice.

Ben Daniels’ Pontius Pilate was a cool character. His costume was top-notch and his performance went along with that. I don’t know if it was just out of his range or he was just playing the part but at the end of his trial (and the 39 lashes) his voice gets disheveled, shaky and “weak.” I would like to think that the character’s urgent circumstance led to the frazzled sounds coming from his mouth. Both the UK and film versions were played by Barry Dennen. I think Daniels was the best of the two, although I do dig his version of “Pilate and Christ.”

King Herod and “King Herod’s Song” are one of my favorite character/song combos in this story. The incomparable Alice Cooper played Herod in this production. Former lead singer of Manfred Mann, Mike d’Abo played the part in the UK version and Josh Mostel (son of famous Broadway/film actor, Zero Mostel) is in the film. I loved Alice’s performance, but he takes the passenger seat compared to Mostel’s. His floaty/flighty performance in the film was so much fun.

I’ve saved Mary Magdalene for last. As much as I loved what Yvonne Elliman did in both the UK and film versions, Sara Bareilles tore them up. I think she looked the part, played the part and sounded the part, each by 1000. Mary isn’t one of my favorite characters in the story but she plays the “innocent resignation” quite well. “Everything’s Alright” has been stuck in my head since Sunday. Bareilles’s version in particular. It was great.

The chorus and extras were all where they needed to be and the story was updated for 2018 as opposed to 33 CE/AD/etc. It was more street and less ancient. The orchestra was great. The young guitarist that started the show was quite awesome. The costumes and some of the set design/work was done in part by UNCSA alumni. It was visually stunning.

Now, not everything was great. I loved that they had the audience but the audience was a bit overly enthusiastic. Every time someone would sing, they’d go crazy. It was great but every breath didn’t need to be applauded. The sound mixing was a bit off, at least in the beginning. You could hear a lot of the music but not so much of the singing; it was spotty and patchy. Later in the show that straightened itself out.

I did like the “during the commercial” spycam of backstage and even front of the house while the commercial breaks happened. That was good.

All in all, I loved this version. I have watched it twice. I have recently watched the film again and I’ve listened to the film soundtrack no less than four times since Sunday (including once today). I think this set the standard for the live musicals if NBC is going to continue to do it. They teased Wicked which is my favorite Musical Theatre show during this, I wonder if that’s next? We’ll see. I think most of the reviews were positive and I definitely give this a 4.5 out of 5 on it. I hope they do more of it. I miss going to Charlotte for the Broadway Lights series. Great stuff. Now, where’s the remote? I have another watch in me.

—
“So, you are the Christ, you’re the great Jesus Christ? Prove to me that you’re divine; change my water into wine. That’s all you need do, then I’ll know it’s all true. Come on, King of the Jews.” – “King Herod’s Song (Try It and See)” (Webber/Rice)

Yesterday was a typical Saturday with The BCPF. We had our breakfast and then to Underdog Records for our take. Then, we did run to see friends of ours who are moving to Denver (the one in Colorado). Then home to listen to the wonderful sounds we purchased on vinyl and then on to Willows. Here’s what we got from Underdog Records:

It was a slow day at Underdog Yesterday, but I believe it picked up later. I could just hang out there all the time. I’m sure I’d annoy the dickens out of Jonathan, though. Cheap plug here, listen to The Less Desirables to hear the latest TLD/Underdog special for the week.

I use Discogs to catalog my entire collection. If I’m Underdog and find an album that I (thought) needed, I can check to see if I actually already have it. Plus, there are several versions of many of the recordings, you can use the identifiers to find out which version you have. And, as you can see from me doing so, you can purchase stuff from the Marketplace. I love Discogs.