The BCPF and I were able to get to Underdog Records fairly early, thanks to getting up and walking our butts off ahead of our regular schedule. We saw only one of our regular crowd, but I chalk that up to the earlier time and the fact that Fiesta 2017 was right up the street. The haul was modest but we got some great stuff!

There’s also an album that we got yesterday that wasn’t in Discogs. It’s all in German so it may take me a bit to put that in. If you’re looking for something and don’t see it in Underdog Records, Jonathan can special order it for you. You can also make purchases online via their website, including preorders. Listen to The Less Desirables to hear the weekly Underdog/TLD special. Obviously, I use Discogs to document, archive and keep track of my collection. You should, too.

—
“Well, I keep on thinking about you, Sister Golden Hair surprise. And I just can’t live without you; can’t you see it in my eyes? I’ve been one poor correspondent, and I’ve been too, too hard to find. But it doesn’t mean you ain’t been on my mind. Will you meet me in the middle, will you meet me in the air? Will you love me just a little, just enough to show you care? Well, I tried to fake it, I don’t mind sayin’, I just can’t make it.” – “Sister Golden Hair” (Beckley) 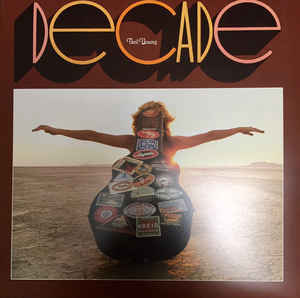 Whew, Dear Reader, this weekend’s haul was spectaculicious, I must say. It was Record Store Day and that means a lot of limited editions of records (or rekkeds as we say to be silly). Thanks Underdog RecordsUnderdog Records for being our treasure trove. Here’s the loot:

All of them are limited release and we’ve gone through three of them so far. We love Record Store Day and already can’t wait until next year. Perhaps we’ll camp out… nah…