First off, notice I changed the title of this one. It seems my Sunday posts are a bit verbose at times, and they’re usually about records. Neither of which really lends to the “silent” aspect of Silent Sunday. So, I think I’m changing the “haul” posts up a bit. I’ll still do Silent Sunday for non-record posts.

Well, this is a little different in the record category, as well. I went to Underdog Records, three different times from Friday to Saturday. I went on Friday because I didn’t think I’d get there Saturday because of a party we were having with a dear friend of ours. That included a bus and beer. Yep. Bus. Beer. And, also, on Friday, I was given a few records by a friend of mine. She said, here you can have these. Some of them ended up crossing off a few entries off the RS List. So, here’s what we got:

These are the ones that were “gifted” to me:

So, a pretty big haul there. Thanks, Lori for the gifts. And thank you Underdog Records for providing me a “candy store” to be proud of. And thanks to Discogs for providing such a great place for me to catalog my stuff!

—
“Winter is here again oh lord. Haven’t been home in a year or more. I hope she holds on a little longer. Sent a letter on a long summer day. Made of silver, not of clay. I’ve been runnin’ down this dusty road.” – “Wheel in the Sky” (Schon/Fleischman/Valory)

Yesterday was a cold, snotty, sleety, crappy-weathered day. But, I had my best gal and we had each other to keep warm and enjoy some record listening. That means, of course, that we went by Underdog Records! And, here is what we got:

So, a pretty good haul. I was especially excited about the Dire Straits album even with the truncated first side. That and the Rickie Lee Jones were worth the whole thing. Good stuff.

New to vinyl? Want to get into vinyl? Returning to vinyl? Don’t go spend a ton of money on brand new equipment when you can get quality used stuff from Jonathan at Underdog Records. If you decide you want to get deeper into the “lifestyle” then you can go spend big bucks. But, don’t just jump in. My two cents.

Discogs is also a great way to catalog your collection, see your friends’ collections and even purchase used and new vinyl in the marketplace. It’s a great site and a great resource.

Underdog Records had some good stuff this week and The BCPF and I rocked it, at least I think we think we did. Right, dear? Well, you decide. Here it is: 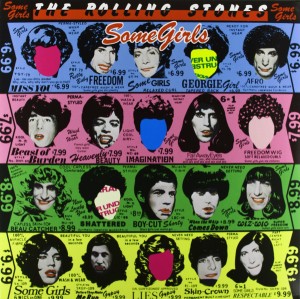 And, with the $1 records, the Underdog Records/The Less Desirables involved the extensive section of $1 if you mention you heard the ad on the podcast. That’s why you should listen to TLD every week and hear the special. I’ll not give that away, you’ll have to listen to hear what it was and what to do! Also, if you’re looking to get into vinyl, Underdog has a good bit of used, quality turntables to get you started, a plethora of selections to listen to on your new turntable and accessories to keep it in tip top shape. The list above is brought to you by Discogs, which you should use to archive your collection!

Until tomorrow, happy listening…
Scorp out!

It was a treasure trove of K-Tel for me yesterday at Underdog Records! I picked up 18 of the wonderful (okay, maybe they are maybe they aren’t) compilations that I remember from my childhood. Someone unloaded their K-Tel collection (and a few Ronco) and they’re in really great shape. They’ll be awesome once I wash them. I remember seeing the commercials, I had a few, Ma Mère had a few and my aunts had a few. I hear Jonathan put out more of them after I left. I’ll have to return to see what’s there. Perhaps I can convince him to hold them back until I’ve gone through them? Probably not. Oh well… here’s the haul:

That was a pretty nice haul and I can’t emphasize how excited I am about the K-Tel albums. Silly, perhaps, but I love that stuff. Check out Underdog Records for joys you never knew you’d experience. That sounds cheesy but The BCPF and I love listening to the records, we love collecting them. And, if you get into it, make sure you archive your stuff on Discogs. Use Discogs just to catalog your CDs, too.

Until tomorrow, happy listening…
Scorp out!

I don’t know how I missed it but there was a whole other section of $1 records at Underdog Records. We found it yesterday. Oh did we. It was 33% off all $1 records, too, so that was a bonus. Here’s what we walked away with: 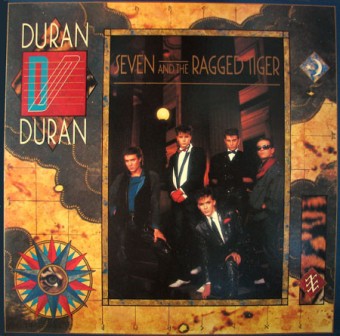 Whew! 40 albums. Actually, 41 because there’s one I have to put into Discogs because there is no record of it. Ha! No record of it… Funny stuff. Anywhat! Jonathan has a fantastic selection of old, new, future, all kinds of records. And, if you don’t use Discogs for your record (and even CD) archiving and cataloging, then you’re missing out.