—
“I was struck by lighting, walkin’ down the street. I was hit by something last night in my sleep. It’s a dead man’s party who could ask for more? Everybody’s comin’, leave your body at the door. Leave your body and soul at the door. Don’t run away it’s only me.” – “Dead Man’s Party” (Elfman)

I used to love Halloween. I mean, really love it. I called it my favorite holiday. According to which definition of “holiday” you use, it may or may not be an actual holiday.

Wikipedia describes a holiday in the US: the word is used exclusively to refer to the nationally, religiously or culturally observed day(s) of rest or celebration, or the events themselves.

Merriam-Webster says: a day on which one is exempt from work; specifically: a day marked by a general suspension of work in commemoration of an event.

Usually, we don’t shut down businesses for Halloween. 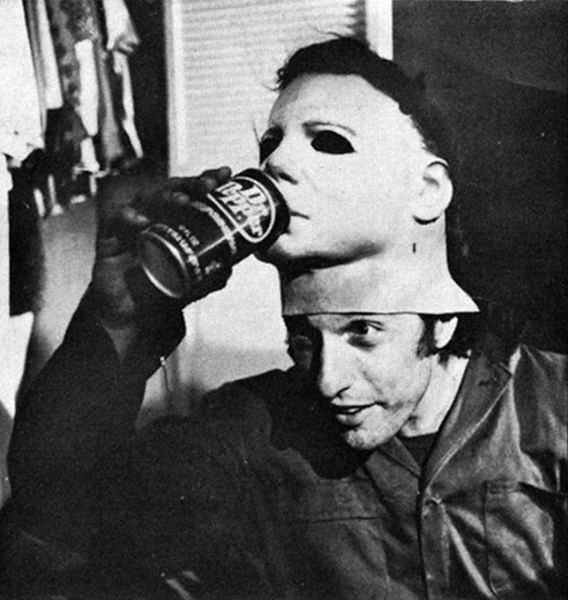 Not my copyrighted image

When I was a kid, there was nothing like it. Especially because we lived back in a hollow in West Virginia with no street lights on the road (only in folks’ yards and on houses). It was safe and we could roam about and be silly. There was this weird contest between my mother and my friends and me about who could scare the other party the most. She won more often than not. There was one time when she had borrowed this ridiculous mask that my uncle had and hid in the woods along the road. We all came through and she jumped out. We were all screaming like little girls and I was on the ground yelling that I wanted my mommy. No lie. Good times, those.

But, as I got older, I stopped caring about it gradually as time went on. And, now as a full-on adult, and yeah, I’ll say it, middle-aged, it’s really turned into a big ol’ nuisance. It’s an amateur drinking holiday. It brings out the wackos. It’s just not that fun for me anymore. 3B isn’t into a lot of the stuff so I can’t do what my mom did, plus, I’m afraid I’d be shot or something these days.

Sure, there are the movies, right? Halloween, Friday the 13th, A Nightmare on Elm Street. Or, the classics: Dracula, Frankenstein, Wolfman, The Blob, Night of the Living Dead. Or the newbies: The Grudge (or more specifically the superior Japanese version Ju-On), The Ring, Insidious, Paranormal Activity and on and on and on. I still love those. But, I can see those now at any time because of streaming and/or owning them.

Then there are the kids. I love my son and my nephews, but really, I don’t like kids. I haven’t liked kids for a while. They get on my nerves. There are exceptions but mostly, nah. We are lucky enough to not have kids in our neighborhood and we are far enough off the road that no one comes back here and just in case, we leave the lights off because lights off mean “closed for business” to Trick-or-Treaters.  I don’t want them here.

So, if you’re going out tonight to do Halloween things, knock yourself out! Have fun. Have a ball. Eat, drink, be merry. But, be safe. If you’re going out with your kids tricking and treating, then have fun, be safe. If you’re watching “scary” films, turn the light off, grab your favorite beverage and your favorite person and watch away. If you like Halloween and everything there is about it. I hope it’s a great, fun and safe one. If you’re like me, turn off the lights, watch the football game and relish in the fact that it’s Friday Eve.

Tonight we recorded Episode 19 of Apartment 5B Podcast and it was a good one. We talked about the day in history, including a 6+ minute music history segment from me, Throat Punches from Jeff and Rory, the New York Post article on the dude jumping into a shark tank naked and “the Residents” talk about Halloween costumes and movies. 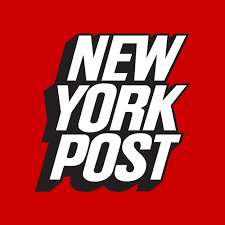 The New York Post is a great place for “odd news” and we use it almost every week. Two of “the Residents” are from New York so they totally get it.

It was a fun night and I believe you’ll enjoy the show. You can listen to that episode right HERE. Get ready for some shenanigans!

—
“He appeared to be totally nude and, like, laughing. I don’t know what would possess someone to do that. It’s totally insane to me. I was scared I was going to witness the death of this guy.” – Erinn Acland

So, happy Halloween if that’s your thing. Yeah, so, not so scary or spooky, I guess. but be careful as there are wee ones that are out candy-scavaging. Keep them in mind. This week on The Man Who Ate the Town, I talk

about Food Freaks closing their brick-and-mortar store and then I talk a bit about the situation, as I am able, with Krispy Kreme and their moving or not of their corporate headquarters to Charlotte. I can’t really say much without it being conjecture, so I just report what I know has been officially released. You can find that episode HERE.

—
“Even though we had some indoor seating, most people saw it as an outdoor place. My wife and I have four kids and we couldn’t justify keeping it open.” – Brandon Cassidy

This past week saw the first three-way disagreement of an album on this journey we call “Eugeology: Eugene’s List of Hard Rock Albums and Possible Gems” compiled by Eugene and reviewed and blogged by him, Jon and me. It was Kick Axe’s Vices. It’s cool that we can do that, though. So, let’s get to this week’s entry:

#5 – Hellbilly Deluxe: 13 Tales of Cadaverous Cavorting Inside the Spookshow International by Rob Zombie.

This is probably the most difficult entry I’ve written in a while. Certainly more than any of the other four Eugeology entries and probably harder than many of the latter Rolling Stone Top 500 Albums of All Time entries, as most of those were really obvious. This, though, is enigmatic to me.

My problem with this album, along with about everything Rob Zombie does – from his films to White Zombie – I can’t get a grasp on how I feel about it. I listen to it with an open mind, putting stuff down and listening to it without typing or reading or anything that would serve as a distraction. I do this because I want to give it the fairest of shakes that I possibly can. I hear it and all I hear is music. I don’t hear anything that pleases me. But, on the converse, I hear nothing that displeases me.

I mean, I do like “Living Dead Girl” and “Dragula” (although I did have to hear a horrible version in karaoke at a local bar last week) and I mean like, a lot, even. I liked “Thunder Kiss ’65,” too. I guess it’s a matter of liking the singles. But, the rest of it, is just… there. So, I’m going to move out of whether I like it or not and touch on what I think are highlights of the album. That seems the fair thing to do.

Rob Zombie has become known as much for his films, mostly in the horror noir genre, as he is with his music. Films like House of 1000 Corpses, its sequel The Devil’s Rejects and his two Halloween remakes, dark, horror and well… zombified. That is in direct correlation to what his music is all about. There’s a classic horror/sci-fi vibe to the whole thing. The song “Dragula” is named after the car that Grandpa Munster drove around in the television show, The Munsters. The grinding, industrial mix of what is considered “heavy metal” with electronic music is like a buzzsaw taking out your eardrums, and you’re most likely digging that.

I do like that the members of the band only go by their last or nicknames: Riggs, Blasko, Tempesta. There’s a cameo by Tommy Lee on the songs, “Meet the Creeper” and “The Ballad of Resurrection of Joe and Rosa Whore.” I like the sound bites from the old sci-fi/horror films and the creepy girl’s voice in “Call of the Zombie.”

The lyrics of the songs are clever humor buried in the wild macabre of “Zombieland.” These are good driving songs. You can tell with the title of the album that Rob doesn’t take himself too seriously, that’s a plus. I’ve listened to this album about 4 times now, trying to find the words to describe it and I guess now I can actually say that I do like it, but I’m still completely indifferent to Rob Zombie. I can’t pull either direction in enough to get on a side, so I’ll straddle this fence to the point of parts of me going to sleep, I guess.

I keep thinking that “Perversion 99” is hiding “I Need Love” from LL Cool J but going through some weird filter.A lot of this sounds the same to me, lots of grinding and pulsating and that’s not a bad thing, just there’s a whole lot of it. Some good ones are: “Demonoid Phenomenon,” “Superbeast” and, of course the two hits. I don’t care for “How to Make a Monster.” Beyond those songs, it’s definitely listenable, but I don’t know how remarkable. It’s good but it starts to get gnarly the more it goes on; it grates on you. If you’re a fan of hard and heavy novelty music (and I mean that in the best, positive way), then you’ll like this. If you don’t, just go ahead and stay away. I certainly don’t mind it.

I can’t wait to hear Eugene’s, and especially, Jon’s take on this.

—
“Dead I am the pool, spreading from the fool. Weak and what you need, nowhere as you bleed. Dead I am the rat, feast upon the cat. Tender is the fur, dying as you purr. Dig through the ditches and burn through the witches,I slam in the back of my Dragula!” – “Dragula” (Zombie)