It was a chilly, wet and murky day yesterday. But, The BCPF and I had each other, good breakfast and, yes, records. Jonathan did a little bit of moving around in Underdog Records, but the records are still the same. I love records. Here’s the haul:

Underdog Records puts out freshly acquired used albums nearly every day. That’s the place I look first. I want to see what treasures Jonathan has just gotten. The BCPF looks through those, too and then goes for the $1 bins. We usually come away with good stuff. If you watch the Instagram and Facebook pages of Underdog Records, you’ll get a preview of what you’ll find in the freshly acquired used section. And, if you listen to each new episode of The Less Desirables, you can hear what that week’s (Thursday-Wednesday) TLD/UR special of the week is.

And, someone was in the store yesterday using Discogs. We had a cool discussion about it. They, like me, were checking to see if they had something already. It’s a good service.

—
“Wake up Maggie I think I got something to say to you. It’s late September and I really should be back at school. I know I keep you amused but I feel I’m being used. Oh, Maggie, I couldn’t have tried any more. You lured me away from home just to save you from being alone. You stole my heart and that’s what really hurt.” – “Maggie May” (Stewart/Quittenton)

It was cold as all get out yesterday when The BCPF and I took to the streets to do our “Saturday Thang.” Near, if not in, the 60s the day before, it was at around 34° or so as we went to Underdog Records. Brrrrrr! But, we got to warm up with some great music. Let’s hit it.

Just this week, Jonathan got in a set of Bose speakers and a JVC receiver that were in good shape, he sold the speakers pretty quickly. But, he is always getting groovy record gear in and it’s there for the taking. Follow Underdog Records on Instagram to get the latest of what’s going out there. He posts new releases, freshly obtained used vinyl and other record-related info. Jonathan, like Clay Howard, Jerry Chapman and myself all use Discogs to keep up with our collection and share with others. Plus, the Discogs Marketplace is pretty banging, too.

Good day for The BCPF and me at Underdog Records, yesterday. Good stuff. Many $1 bin finds but a few new and fantastic finds, as well. Here’s the haul:

So, yeah, a lot of good additions and some great listening yesterday. Getting started in vinyl? Have a collection you want to part with? Have a collection that you’d like to listen to again? Check out Underdog Records for all your vinyl needs (and wants). And use Discogs to catalog them.

—
“Looking at the world through the sunset in your eyes, trying to make the train. Through clear Moroccan skies, ducks and pigs and chickens call. Animal carpet wall to wall. American ladies five foot tall in blue.” – “Marrakesh Express” (Nash)

Here I am, making up or catching up after the weekend’s seemingly non-stop party. It started as usual with breakfast at Mary’s Gourmet Diner and then heading over to Underdog Records, where we picked up some great stuff before heading to Windsor Run Cellars and then Shadow Springs wineries (they’re owned by the same cool folks). Then on to Willows Bistro for great food and beverage. Here’s the haul for this week: 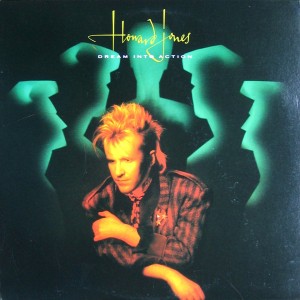 It was a light week for us, but still a lot of fun! If you’re wanting to get into (or back into) record collecting, then Underdog Records is the place to start. Old stuff, new stuff, reissues, equipment, etc. You should also use Discogs to catalog your collection!