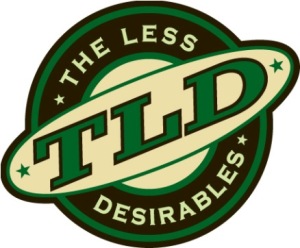 (note: I know it’s Sunday and usually I’ll have “The Haul” but this is important, so look for the record post tomorrow)

I know I’ve told this story a million times and probably to you, Dear Reader, but here it is again. It started more than nine years ago when my pal, Brian Attridge and I sat at table 1 at Finnigan’s Wake and talked about starting this new thing called a “podcast.”

Brian was to do the newer music/sports and I would do the older music/movies and just do a pop culture thing. We decided to do it on a Wednesday because the idea was to cover things that had already happened and things that were going to happen. It was smack in the middle of the weekends. It was to be 20 minutes long because that is the length of the “average” commute in this area. There was a third person named Colin that didn’t work out before we ever started to do it.

Since we had decided on Wednesday and we wanted to go ahead and get started, we decided that the first episode would be recorded on February 3, 2010, which was the first Wednesday in February. It was also the day after Brian’s birthday. His car was in the shop and I picked him up from work (he still lived in GSO and worked in WSNC at the time) and drove him to my house.

I had prepared a lot of things for the recording, like the intro, a session, etc. But, I had forgotten to get the extra microphone. So, we ran over to my office and searched through a lot of cables and other junk to get what we needed, oh and that other microphone. Then, we went back to my house, into the extra bedroom which was the original “Studio 1A” and is now 3B’s bedroom. I hooked up the microphone to the input and turned around and asked him, “what now?” He didn’t know, he had done this even less than I had. I had plenty of time in the studio but it was rarely just me talking and never with other people. “How are we gonna fill 20 minutes?” He didn’t know that, either.

I said to him, “I tell you what… I’m going to just hit record and we will see what happens.” He agreed with that. I hit record. 36 ½ minutes later, episode number was finished.

We talked about the Grammys that had happened the weekend prior. The Oscar nominations for that year had just been announced. We talked about the Super Bowl which was the Colts vs. Saints. And, we talked about some newfangled gadget called an “iPad” that was coming out and Brian had never heard of the Kindle. We were just getting started and a lot of things have progressed in the nine years since that first episode.

We had our first “official” guest on March 17, which happened to be our Official Beer Guru, C. Jay Platt. We had had “The Least Desirable” who wrote in at/to us a good bit in the beginning in the studio but he wasn’t an “official” guest. CJ came on the first Wednesday of each quarter at first but we moved him to the first Wednesday of each month after that. He was a trooper because he lives in CLT but came up to do our show with us. We have had a lot of guests since then. A lot!

We moved from the extra bedroom downstairs to the upstairs landing in my bedroom. That was Studio 2A

In 2011, Eugene came on the show as a guest and then on board as our “official third wheel” the next week, even if we didn’t call him that at the beginning of his tenure.

We moved our studio to downtown WSNC, a dream of mine, in

December 2012. We called it Studio 3A and then to another location in the same building and kept it as Studio 3A. In that studio, we launched The Less Desirables Network with the beginning of The Camel City Dispatch News Hour with Chad Nance and Fan Interference with Ty Collins (and a few co-hosts along the way) within a few months of each other in 2013. We started Tart-N-Tangy Triad in late 2013 with The BCPF and Nikki Miller-Ka.

Brian went to WFU to get his MBA and before even graduating he was hired by the Bank of Virginia to go work in their student loan division. So, in 2013, he left and Eugene and I kept on for a bit before asking Caitlin Weaver to come in and be our “third wheel.” We stopped calling her that and she was then the third co-host. Eugene had a lot on his plate with his real job and he left in November 2015. Almost immediately, we had Bruce Cole come in and he took Eugene’s place, which isn’t really what happened. No one can replace Eugene. No one could replace Brian.

Bruce did a great job and brought along As Ardmore Turns from his radio days. He had to go back to Chi-Town to be with his wife’s family a bit and had to leave. Caitlin moved to the Co-Pilot chair and we brought in Danielle Bull to fill Caitlin’s seat. I continued to do As Ardmore Turns as Bruce left it in my hands. I did it until early-2018. I have all the old episodes, I think I’m going to release them over time.

February 2015, Jon Lowder, Paul Jones and I started The Beer Dads Podcast (now 160 eps in). In July 2016, I did the first episode of The Man Who Ate the Town podcast. We moved to Test Pattern Studios later that month. We started Sipping NC: The Art of Drinking with Jordan Kieper and myself in December 2016 which went until August 2017 where it went into semi-permanent hiatus mode. In March 2018, Apartment 5B Podcast started with Jeff Evans and Rory.

loan” from the US Army whilst she worked on her Ph.D. In September, 2017, she left us. Danielle had brought Bethany Miller in to be a guest co-host and like Eugene before her, didn’t stop coming. She has been my right-hand gal ever since. Even when she sits on my left.

We moved into The Less Desirables Studios in The Lab at Industry Hill in July 2018. It has been our home ever since. The TLD Network is strong. There is a chance of a resurrected Sipping NC podcast, too. But, all of this wouldn’t be possible without that first episode recorded nine years ago today. So, to Brian, Eugene, Caitlin, Bruce, Danielle, Bethany, Chad, Ty, Hailey Brooke, Jon, Paul, Nikki, The BCPF, Jordan, Jeff, Rory, Kelly Bone, Tim Johnson, Ray Morgan, our countless guests over the last 1100 episodes or so (combined), thank you all for the roles you have played in this roller coaster called The Less Desirables (and TLD Network) and happy anniversary to you! I love you all.

Thank you, our listeners for your support over the last nine years and for your future support. Thank you to our sponsors, past, present, and future for all you have done or will do for us. We love you, all.

And a very, very special thank you to The BCPF (Stephanie) for always being by my side when I come up with these crazy ideas. I love you infinitely.

I am going to leave a link to that first ever episode HERE. I’d appreciate a listen. It’s rough. It’s amateur. It’s funny. It’s clear that I was getting over an allergy or cold. It also contains the two things that have never changed since we recorded it: the theme song (although the intro has) and the disclaimer at the end. To this day when you listen to episode 469 (this week) that ending is still the same and is the legacy of Brian in every episode.

—
“Until next time, same pod channel at SOME pod time… Your choice…” – The Less Desirables

Comments (2) on “Nine Years On or: The Less Desirable”