3B, Education, Graduation, Life, Life as It is, school

Today was the culmination of 13 years of matriculation for my only child, my son, my world, 3B. He started out the brightest in class and hit some snags when it became less than important to him. Over the past couple of years, though, he’s found his direction with the culinary path. Of course, that could change, which is perfectly fine, I just want him happy. But, I do love watching him in his element and doing what makes his heart content.

He’s got a great girlfriend that possibly has something to do with getting him back in line, but, again, he’s happy. That’s all that matters.

The class of 2020 has had a long, arduous row to hoe this year alone. All those 13 years building up to it was also a long trek but it certainly seems to have flown by. He’s had great teachers along the way. I have to admit I wasn’t as connected once he entered middle school. But, being PTA president for 5 years wears you out. Having daddy there once you’re out of elementary school is probably too much and embarrassing to a middle and high schooler. I get it. 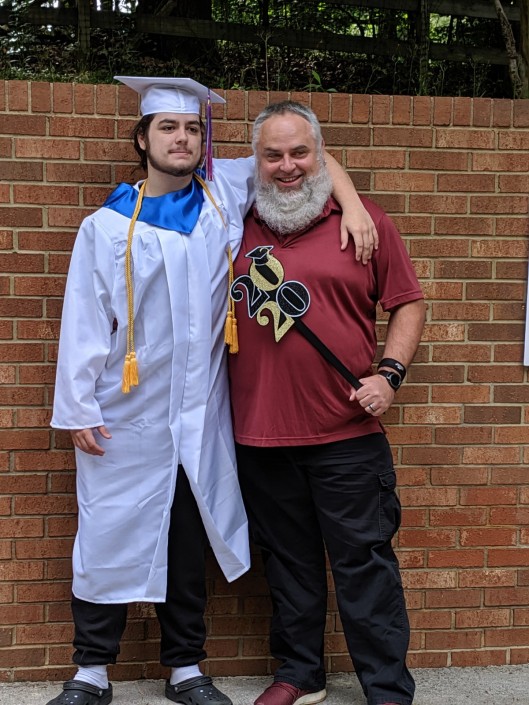 But, 2020 has been a bit screwed up. No one saw this coming when we were sitting in a trailer at Diggs Elementary for parent orientation. I knew he was going to grow up to be a swell dude but he’s a really awesome guy. I can say “kid” but he’s a man. He said to me today that he didn’t see why this was such a big deal and he didn’t want to go through the ceremony. I told him that ceremony wasn’t for him. It was for me and his mother and his stepmother and his grandparents. It was good.