Jonathan was having truncated hours yesterday, so The BCPF and I headed to Underdog Records right around 1015a or so and while our haul is short, we had good conversations with Jonathan (masked up, of course) and then went to have some lovely crêpes at Penny Path. Here’s the haul:Ernest Jenning Record Co. 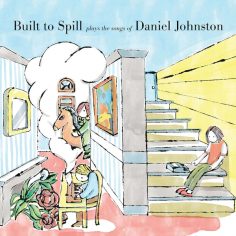 Jonathan is still doing deliveries during the week and the store is only open on Friday and Saturday for the time being, though I think he’s considering expanding into Thursday, but for now. Just Friday and Saturday. You should watch his Instagram and Facebook pages for things he’s just gotten in, used and new and you can order from him directly. You can shop new vinyl, anytime, day or night, by visiting the UR website. I use Discogs to track my collection, pick randoms and share my collection with friends. You should too!

—
“Cops on the corner always ignore somebody’s getting paid. Jimmy’s got it wired, law’s for hire, got it made in the shade. Got a little hideaway, does business all-day but at night he’ll always be found sellin’ sugar to the sweet people on the street. Call this Jimmy’s town.” – “Doctor Feelgood” (Mars/Sixx)