Today is the 37th anniversary of what was, until recently, the best-selling album of all time, Michael Jackson’s Thriller. It is #20 on the RS list, sold a bajillion copies and it’s just a great album. Point blank. Here’s a very weird but cool instrumental from John 5 to pay tribute. Enjoy!

—
They’re out to get you, better leave while you can. Don’t wanna be a boy, you wanna be a man. You wanna stay alive, better do what you can so beat it, just beat it. You have to show them that you’re really not scared. You’re playin’ with your life, this ain’t no truth or dare. They’ll kick you, then they’ll beat you, then they’ll tell you it’s fair so beat it, but you wanna be bad…” – “Beat It” (Jackson)

We’re getting over the turkey hangover today, Dear Reader. A day that happens to be the 31st anniversary of Guns N Roses’ GnR Lies EP. There was only one single on this album, “Patience,” which is a song that I really do like. However, there were better options for this song, so here you have it. Enjoy!

So, with the title, you’d probably think I was going to play “The Thanksgiving Song” by Adam Sandler and I did think about it for about two seconds. But, to me, this is the Thanksgiving song of choice. Arlo has changed a bit from those days but then again it was released 52 years ago and well, he is now in his 70s (although he was in his late 50s/early 60s when he did this).  I just like the song, so there. Enjoy!

—
“Kid, have you rehabilitated yourself?” – “Alice’s Restaurant Massacree” (Guthrie)

Today is the 52nd anniversary of The Beatles Magical Mystery Tour. The original soundtrack to the film is a double EP with only the first six tunes. The singles were the other five on the second side. I never pass a chance to post some Mike Massé and he does a great job here. Enjoy!

—
“No one I think is in my tree. I mean it must be high or low. That is you can’t, you know, tune in, but it’s all right. That is I think it’s not too bad.” – “Strawberry Fields Forever” (Lennon/McCartney) 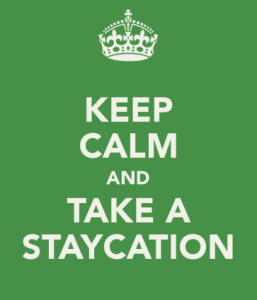 Yesterday, today, tomorrow, Thursday, Friday, Saturday and Sunday. Those are the days that I’m “off” on vacation. I am and I’m not. I’m never on vacation. I’m always working. I will be going in tomorrow morning and will be recording The Less Desirables but the rest of the week? I’m doing as little as possible.

And, for this blog post, I’ll also cut it short. Talk to you tomorrow…

Until then, same blog channel…
Scorp out!

—
“If some people didn’t tell you, you’d never know they’d been away on a vacation.” – Kin Hubbard

Yesterday was the 28th anniversary of not one but two major rock stars (at least in my mind). Let’s get the big elephant out of the way, first. Usually, I wait for this one and focus on the other and I will, still. The big one was Freddie Mercury, the first major music star to pass away from HIV/AIDS. Not long after there was a huge benefit/memorial concert that featured a star-studded lineup paying tribute to Freddie. It was a great show and he deserved it. 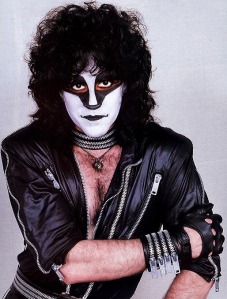 But, the one that meant more to me was the passing on the same exact day of Eric Carr, the drummer (still my favorite) of (again, still my favorite) KISS. I had had the flu on my birthday, four days prior and I took Nyquil and while I did “sleep” it was like I was in a comatose, half-awake state. I dreamt in green. I dreamt that Eric Carr had passed away. I had read that he had been sick but I didn’t know that he was that sick. He died of an aneurysm and complications of brain cancer.

The news had swirled around all day on MTV about Freddie’s passing. I had gone to the liquor store, as again, I had the flu on my birthday. It was my 21st birthday. So, I hadn’t yet felt like going to legally purchase alcohol for the first time. I didn’t know what to buy as I had never been to a liquor store before. I recognized the name Wild Turkey, so I bought that. I also went to the grocery store and bought a 2 liter of Moutain Dew.

I was settled in my bedroom/living room (still at Ma Rents’ house, much to their chagrin, I’m sure) and watching MTV when it came through that Eric had passed away. I stared at the TV and didn’t think about the dreaming until the next day. I pushed the Mt Dew out of the way and started taking huge chugs of Turkey.

Somehow, I ended up in my bathtub and the girlfriend I had at the time found me there. It was bad. I didn’t have a hangover. I’ve never had one.

But that was a huge day in KISStory and not one of the good ones. I have thought a lot about Eric and what would have happened over time if he had lived. Would the original lineup have gotten back together? I don’t think they would have. Perhaps with Ace, probably not with the makeup. I don’t know this for sure, but no one does. We never got to that point.

RIP Eric and Freddie. We miss the heck out of you both.

—
“I can’t wait to get out. It’s been much too long, I don’t like being home. I’d rather play. This tour is going to be really big. We’re gonna have the biggest show we can have. It’s gonna be different not like the old KISS shows.” – Eric Carr

Yesterday was the “Dining Area” phase of Beeman Remodel 2019 in advance of Operation: Beeman Hosts 2020. More on that in another blog down the line. But, that meant that we had to get into Underdog Records and get out so we could start working on stuff. So with that said, here’s the haul: 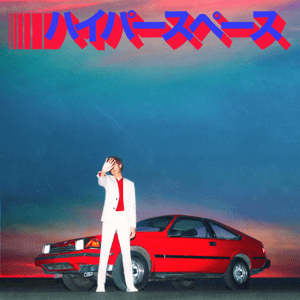 Jonathan is preparing for Record Store Day – Black Friday Edition that is happening this Friday (of course), so check out recordstoreday.com to see what is coming out. But, he also has a lot of used audio equipment including some high dollar items on consignment for pennies on the dollar. Lexicon, Carver, etc. Turntables, amps, etc. It’s also gift certificate season and at Underdog Records, those come on old 45s. That’s pretty cool. Get it in any amount you like. Listen to each new episode of The Less Desirables for the TLD/UR special of the week. Use Discogs to track your music collection.

Until tomorrow, keep spinning!
Scorp out!

Today is the 38th anniversary of AC/DC’s For Those About to Rock We Salute You album. It was the follow up to Back In Black, probably their best-selling album, the first to feature Brian Johnson and the first after Bon Scott’s death. This was produced by “Mutt” Lange, as was the two previous. I’m not a huge fan of this album, but it’s okay. Lzzy and her band do a great job with this song. Enjoy!

—
“Stand up and be counted for what you are about to receive. We are the dealers, we’ll give you everything you need. Hail-hail to the good times ’cause rock has got the right of way. We ain’t no legend, ain’t no cause, we’re just living for today.” – “For Those About to Rock (We Salute You)” (Young/Young/Johnson) 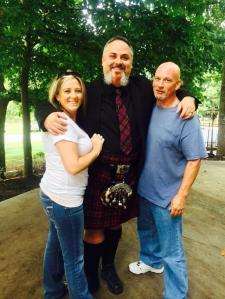 He’s been through some stuff but he’s always been there for me and I love him.

—
“My brother was a lifeguard in a car wash.” – Henny Youngman

Yesterday, I responded to what is not probably closer to 290 birthday wishes, be it by Facebook posts, Facebook Stories, Messenger, LinkedIn, texts and emails. I am blessed to have such great friends and family in my tribe and community. They care for me, they care about me. It’s a wonderful thing to be loved. 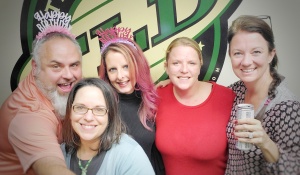 Additional awesomeness from yesterday? They finished the renovations on our kitchen, laundry room and bathroom.

I got to spend about an hour and a half or two with my mother.

My friend, Algenon at Zesto Burgers & Ice Cream treated me to a fantastic birthday lunch.

My buddy David from Sunnyside Millworks, a “Lab Partner” (see what I did there?) gave me a gift certificate for Hoots Beer Co (a fave)!

Then we recorded The Less Desirables and The BCPF was our special guest. I had Danielle there, of course, and Tracy was our guest co-host and the best surprise, Bethany showed up! I had all my favorite work wives there with me.

I love my life. I had a great start to my 49th year on the planet. Thank you to everyone involved.

—
“Be thankful for what you have; you’ll end up having more. If you concentrate on what you don’t have, you will never, ever have enough.” – Oprah Winfrey