We finished recording all the stuff we had this week and I’m just gonna highlight it. That’s how we roll. Or, the way I do, anyway. 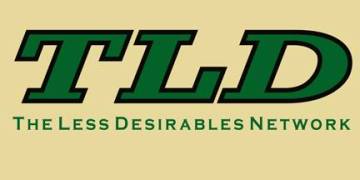 The Man Who Ate the Town had George Memory of Organix Juice Bar and the soon-to-be-opened Cafe Vara Du. Listen HERE.

The Beer Dads talk about Dad Jon’s drive back from Denver to WSNC through the nation’s “heartland.” Listen HERE.

The Less Desirables had Chris and Jamie from Ember Audio + Design and, really, they’re just two of the coolest folks. Listen HERE.

Fan Interference is having its normal “Summer hiatus/’Getting Hayley Settled in Grad School” time. Hopefully, we’ll get that back.

And Apartment 5B has had some scheduling conflicts due to a couple of the residents’ work schedules. We hope to be back next Tuesday.

And, there is news about a new show on the TLD Network, which I’ll share in another post later this week, or heck, just wait until it comes out, right?