So, yesterday we actually pull the smallest haul ever, for us, from Underdog Records. It’s the end of the month and funds are tight so we looked through the $1 bin and found three records that we wanted and brought them home. Each surprisingly was in VG and dare I say VG+ condition even though none of the three had inner sleeves. Here’s what we got: 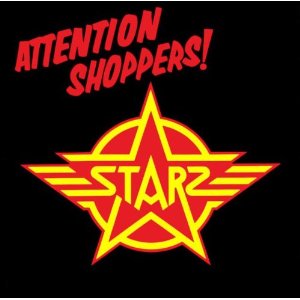 That’s it! There were plenty of good things that had just come out or was in the “freshly used” bins but we stuck with a minimalist approach. Don’t forget that Record Store Day is on April 13 and the list is long! Underdog Records will be stocking nearly the entire list (according to availability as some are limited quantities). You can see the entire list HERE. Listen to each new episode of The Less Desirables to hear the TLD/UR special of the week. And once, we get our RSD titles, we’ll throw them on Discogs and into our collection!

Until tomorrow, keep spinning!
Scorp out!

—
“A stranger came to town his eyes were dark and cold as if to hide something that he did long ago. He took up with a girl who made the evening rounds, had no friends and wanted none. The people on the street just knew him by name of Johnny All Alone.” – “Johnny All Alone” (Starz)