Here’s your annual reminder that today is my sister’s birthday. As the title suggests, she is one of the good ones. While being a thorn in my side as we were growing up, she’s turned out to be one of my biggest fans… and one of my biggest critics, however, that’s brother/sister privilege, right? She gives me flack and no slack but she’s loving about it. I know that sounds like I’m pulling negatives, but I’m not. It’s actually things that make her extra endearing because she does it out of love. I guess I’ve always needed that. 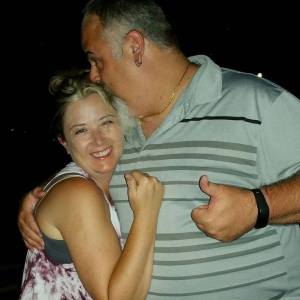 I won’t say which birthday it is, but if you look back one year… you’ll be able to figure it out. Let’s just say there’s a “4” in it. She’s a good woman. A good mom. A good wife. Here’s to her. Happy solar circumnavigational anniversary day, sis!!

—
“Named by her brother for two girls he had crushes on in 1st grade she has wreaked havoc on his life for (XX) years. In all honesty, she’s been one of my biggest fans and I do love her so…” – Me on The Man Who Ate the Town