The Twisted Sister album was a gem and I loved that. And, now, for something 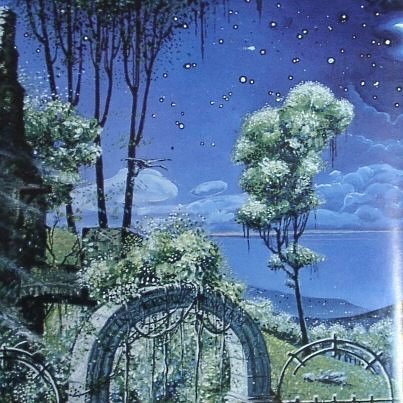 completely different… I really want to read Jon‘s take on this and read what Eugene has to say about this since he’s already told us a bit about it in our “off screen” discussions. So, here’s the latest Eugeology entry:

This is a tale of two (or nine, technically) listens. There’s the first listen, in which I thought this was every bit as bad as listening to the Velvet Underground (and we know I hate listening to VU). Then there’s the subsequent listens in which I found myself singing along with increasing frequency and, much to my chagrin, singing even when I wasn’t listening to it. Every ounce of me wants to not like this, because it’s somewhat amateurish and heavy in the boogie blues crap that I can’t stand. But, common sense aside, I really do like it. There. I said it.

More of why I shouldn’t like it: It sounds like Rage Against the Machine, and at times, Fats Domino, music mixed with Neil Young or Sublime vocals. I don’t really care for any of that. Vocalist Chris Goss dips between quivering and unsure sounding vocals to power-laden pipes. I don’t get it, sometimes. But, dang it… it works, here.

There’s grooves and jams. Heavy guitars one minute and blues piano the next. Riffs in and Gothic choruses out. There’s also some of the oddest harmonies you’ll hear in a record in this genre. But, again, it just works. I don’t get it. I get the music, I just don’t get how it works so well. This album is an anomaly to me, truly.

In the eight and ninth times I listened to this album, I listened with headphones and really got a lot more spread and depth from the production, which is Rick Rubin and while I’m not really a fan of his, he does good work. The bass work of John Endieveri, or Googe as he’s known, is conspicuous in the headphones. It was just “there” listening without headphones. The drums are heavy and steady; kudos Vinnie Ludovico. Rubin got that drum tone right. It’s in your face and prominent.  I really like the ethereal guitar work of Tim Harrington. I may even like that more than his out-front leads, which are pretty righteous throughout, especially the whammy work on “Kill the King.”

My faves on the album, for whatever reasons, are “Candy Girl,” “Doraldina’s Prophecies” (which wasn’t on the original pressing), “John Brown,” “Theme for the Scientist of the Invisible,” “Domino” and “Kill the King.” There are a few I don’t care for: “Magical Spell,” “Gettin’ High” and “The Eyes of Texas.” They’re tolerable, though. “Domino” has a chorus that reminds me of something else and it’s right on the tips of my fingers but I can’t figure it out. It’s reminiscent of something that The BCPF listens to, I think, but I can’t figure it out, at all.