It has been way too long, dear reader, I know this.  I know I can only apologize so many times, so I won’t.  I have done a lot of listening, but haven’t done a lot of writing.  I’ve been quite busy. Not an excuse – just a reason.  Anywhat! Let’s get back to the thick of things…

#470 – Radio by LL Cool J.  With all the rap/hip-hop that I’ve endured thus far (and am sure there are plenty of more coming) that I have loathed and maybe just misunderstood, I was quite happy to get back to some true “old school rap.”  I was a fan of old LL to begin with and being as this is as old LL Cool J you can get (at least as far as albums go), it’s pretty right on.  Now, this is nowhere near as good as Bigger and Deffer that will come out two years later, but it’s a start.  His voice is young – he was 18 – and his beats fresh, yo!.  Yeah, I just said that, white boy that I am.  Dug!

#469 – The Score by The Fugees.  Again, after all the baloney-hooey that I’ve had to endure, I was skeptical.  But, smiles again for this.  I LOVED the cover of “Killing Me Softy” the first time I heard it and it didn’t lose anything for me.  Some language things but the overall alt-rap vibe kind of quelled that.  Dug!

#468 – The Paul Butterfield Blues Band by The Paul Butterfield Blues Band.  Ok. Ok. Okay.  We all know I’m not a fan of blues music.  I’ve told you about how it physically makes me nauseous.  It truly does, I’m not being dramatic.  White boy blues isn’t a lot better, but it’s not quite as bad.  The most intriguing things about this album is the tragedy that lies within the band itself.  Take Elvin Bishop who scored a major hit with “Fooled Around and Fell in Love” with future Starship singer Mickey Thomas.  His ex-wife and daughter were murdered in what looked like a botched ransom scheme.  Then, Butterfield himself accidentally overdosing on morphine (probably more heroin) due to trying to alleviate peritonitis. This all happened after this album, I got a bit sidetracked.  I do love the title “Thank You Mr. Poohbah,” so that’s some consolation.  Meh…

#467 – Tunnel of Love by Bruce Springsteen. A dapper looking Bruce adorns the cover of this little brother of Born in the USA.  I’ve always voiced my want to dislike Bruce.  I want to.  I don’t know why.  But, thanks to a good friend, Beth, I can’t seem to jump over that hate cliff.  I thought this was a really good album.  Really good.  Now, I will say that Side Two is the better of the two.  Disclaimer: I listened to streaming, not LP, but I did do research.  Starting with the title track, which has some really odd Expose sounding intro (Expose being the girl group from the late 80s), to “Brilliant Disguise” and “One Step Up.”  That’s just some great song writing right there.  And yep, I said it.  LOVED IT! 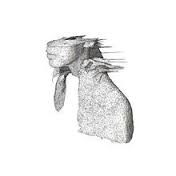 A Rush of Blood to the Head – Coldplay

#466 – A Rush of Blood to the Head by Coldplay.  I don’t care of the negative connotations that come with being a Coldplay fan. I said it, I am a Coldplay fan.  This is my second favorite Coldplay album (the first being Parachutes).  There are many great songs on this disc.  My faves being “Clocks,” “The Scientist,” “God Put a Smile Upon Your Face,” “Politik,” and “Amsterdam.”  Their next album, and truly all their subsequent albums, lacked the same feeling that the first two did.  I liked Viva la Vida but it didn’t touch this and certainly didn’t touch Parachutes. LOVED IT!

#465 – 69 Love Songs by Magnetic Fields.  Ok, so I will have to come back to this one.  I’ll admit to being an idiot. I went to Rhapsody, the awesome locale of all my RS500 needs (as long as the disc(s) are available there – only missed 3 so far), and saw the album that matched the album cover on the RS website.  I thought “69” was just a clever, or not, title for the 23 tracks on the FIRST disc.  So, in writing this and revisiting them, I realized, “hey! Wait! There are others…” including a full set all at once. I’m going back to listen to the rest of it…  I’ll say it, I’m a dumbass.  Tune in later for this one.

#464 – Hysteria by Def Leppard. I was 17 going on 18 when this album came out.  My high school years were summed up around that time.  The entire first side (thinking of the cassette copy I wore out) was awesome with the screaming guitar of “Women” to the processed drums of “Rocket” to the bright sounds of “Animal” and the dark torture of “Love Bites” and the saccharine-flavor of “Pour Some Sugar On Me” to the clever play on words of “Armageddon It.”  Side one of this album by the “World’s Most Cursed Band” really did rock my 17-year old behind! “Gods of War” had one of the coolest, yet simplest basslines of my youth.  The title track was the best thing on Side Two for me.  Side One plus two songs on Side Two makes a damn fine album.  The rest of the songs are ok, but nothing that knocks me over. DUG IT!

#463 – Heaven Up Here by Echo & The Bunnymen.  I never knew my love of Echo until the last little bit.  I loved the “hits” that I hear on Sirius/XM First Wave but didn’t know about the full depth of the band.  This wasn’t chock-full of hits but it did have some great songs like “Over the Wall” and “A Promise.”  The title track wasn’t bad, either. Dug it.

#462 – Document by R.E.M. I have always had a love/hate relationship with R.E.M.  I never wanted to like them.  I was a hairband guy! A rocker! I couldn’t like that “alternative shite” or some baloney that my friends and I fed ourselves at the time.  This album marked their first foray into kickass mainstream.  I don’t really have anything negative that I can say.  I will fully admit that I loved listening to it.  It’s always fun to watch people attempt “It’s the End of the World as We Know It (And I Feel Fine)” in karaoke.  I did see my good friend Patrick Ferguson pull it off with his awesome trio, Vel Indica.  My first exposure to R.E.M, at all, was “The One I Love.”  “Oddfellows Local 151” and “Finest Worksong” are other faves on here.  Dug!!

#461 – Metal Box/Second Edition by Public Image, Ltd (PiL).  Um… Well… I don’t know, er…  This is some whacky shite, really.  I had to do some research to figure out that although it was originally called Metal Box it was reissued (and what Rhapsody had) as Second Edition in 1980.  I wonder, or should I say suppose, that this is naming follow through of First Issue, which I half-expected to be named something else originally. The bass work is great! Jah Wobble is a great bassist.  John Lydon is a weirdo, though.  I mean that endearingly, really.  I didn’t dislike listening to it.  I won’t say it was a blast but it certainly didn’t suck.  I’m giving it a middle-of-the-road-ish: Dug? (like Ron Burgundy: questioningly)

I have to say that I think this was my favorite group so-far, of the journey.  Other than Butterfield and the jury still being out on Magnetic Fields, I really liked (or didn’t mind) everything else.  I’ve listened through the next batch already.  I’ll get those out soon.  I promise.

Until next time… Same blog channel at SOME blog time…   Scorp out!!